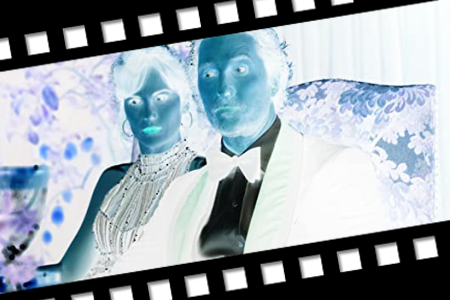 See negative of movie scene and guess the title. Length of words in solution: 3,9
Correct answers: 6
The first user who solved this task is Nasrin 24 T.
#brainteasers #movie #film #cinemania
Register with your Google Account and start collecting points.
User:
Check your ranking on list. A man on a construction site 30 floors up had to go to the bathroom. He approached his foreman and told him that he was going down to use the facilities. The foreman told him he was crazy. By the time he got down and back he'd lose a half hour of time.
The foreman pushed a plank out over the edge of the building. He stood on one end and told the guy to go out on the other end and pee off. He told the man that they were 30 floors up and that his piss would turn into vapor before it reached the bottom. So the guy decided to take his advice.
Suddenly the foreman's cell phone rang and he jumped off the board to get it, allowing the peeing man to fall to his death!
At the inquest an electrician who was working on the 27th floor was asked if he knew what happened. "Not really, but I think it had something to do with sex."
The coroner said, "Sex, why do you think it had something to do with sex?"

The electrician replied, "I saw the man falling with his cock in his hand screaming, ‘Where did that cocksucker go!' "