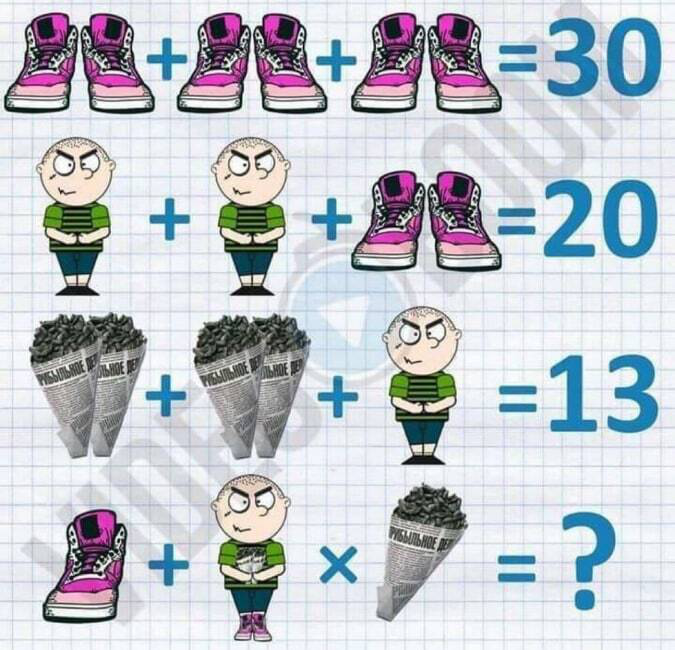 Can you replace the question mark with a number?

MATH PUZZLE: Can you replace the question mark with a number?
Correct answers: 116
The first user who solved this task is Nasrin 24 T.
#brainteasers #math #riddles
Register with your Google Account and start collecting points.
User:
Check your ranking on list. Trying To Fix A Clock

Harvey's grandfather clock suddenly stops working right one day, so he loads it into his van and takes it to a clock repair shop.
In the shop is a little old man who insists he is Swiss, and has a heavy German accent. He asks Harvey, "Vat sims to be ze problem?"
Harvey says, "I'm not sure, but it doesn't go 'tick-tocktick -tock' anymore. Now it just goes 'tick...tick...tick.'"
The old man says, "Mmm-Hm!" and steps behind the counter, where he rummages around a bit. He emerges with a huge flashlight and walks over the grandfather clock.
He turns the flashlight on, and shines it directly into the clocks face. Then he says in a menacing voice, "Ve haf vays of making you tock!"
Jokes of the day - Daily updated jokes. New jokes every day.