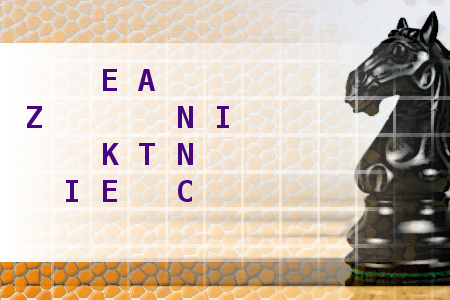 Find the title of movie, using the move of a chess knight. First letter is C. Length of words in solution: 7,4.
Correct answers: 10
The first user who solved this task is Nasrin 24 T.
#brainteasers #wordpuzzles #chessknightmove
Register with your Google Account and start collecting points.
User:
Check your ranking on list. Fishing in a puddle

The rain was pouring and there was a big puddle in front of the pub.

A ragged old man was standing there with a rod and hanging a string into the puddle.

A tipsy- looking, curious gentleman came over to him and asked what he was doing.

'Poor old fool,' the gentleman thought and he invited the ragged old man to a drink in the pub.

As he felt he should start some conversation while they were sipping their whiskey, the gentleman asked,

'And how many have you caught?'