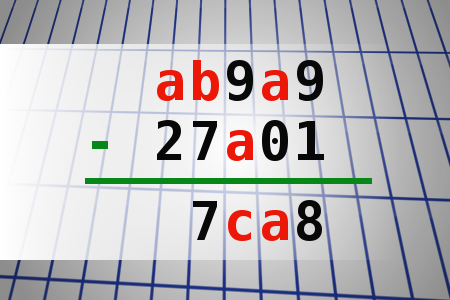 If ab9a9 - 27a01 = 7ca8 find number abc. Multiple solutions may exist.
Correct answers: 40
The first user who solved this task is Djordje Timotijevic.
#brainteasers #math
Register with your Google Account and start collecting points.
User:
Check your ranking on list. Having been playing outside with his friends, a small boy came into the house and asked: “Grandma, what is it called when two people sleep in the same room and one is on top of the other?”
His grandma was surprised to hear such a forthright question from a six-year-old but decided to answer as honestly as she could. “Well,” she said hesitantly, “it’s called sexual intercourse.”
“Oh, okay,” said the boy and he ran outside to carry on playing with his friends.
A few minutes later, he came back in and said angrily: “Grandma, it isn’t called sexual intercourse. It’s called bunk beds. And Jimmy’s mom would like a word with you!”