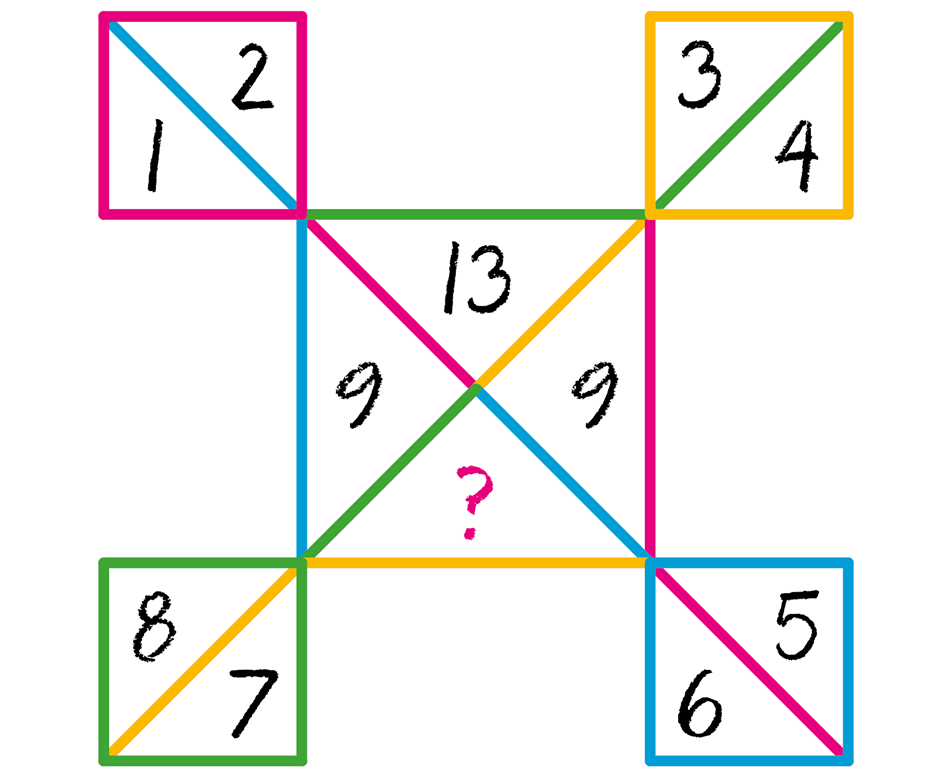 MATH PUZZLE: Can you replace...

MATH PUZZLE: Can you replace the question mark with a number?
Correct answers: 559
The first user who solved this task is Donya Sayah30.
#brainteasers #math #riddles
Register with your Google Account and start collecting points.
User:
Check your ranking on list. Two Aliens land in Detroit, next to a Gas station. The Aliens waddle out of their ship and look around. The first thing they see that resembles a being is the Gas pump. The two Aliens approach.
The first one says, "Earthling take me to your leader!" He gets no response.
The first Alien looks at his buddy then addresses the pump again, "Earthling, I said Take me to your leader!" Still no response.
The first Alien then turns to the second and says, "If this Earthling doesn't show me some respect I'm going to blast him!"
The second Alien replies, "O.K. but, I'm just going to stand down on the next block."
The first Alien looks a little puzzled, but waits for the other to waddle to the next block. He then addresses pump a third time,"Earthling take me to your leader!" No response.
The Alien then pulls out his ray-gun and shoots the pump...
After the explosion the Alien gets up, dusts himself off then goes down the block to his buddy.He then says to the second Alien, "If you knew that was going to happen why didn't you warn me?"
The second replies, "I didn't know what was going to happen, but I'm not going to mess with anyone who can hang his penis to the ground, wrap it around his body twice, and can still stick it in his ear!"
Jokes of the day - Daily updated jokes. New jokes every day.