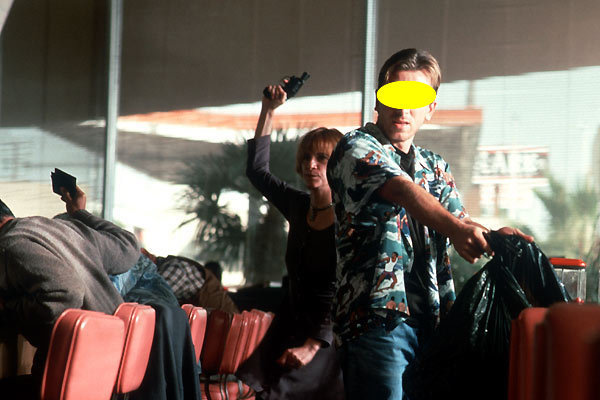 Take a look at the picture of the movie scene and guess the name of the person whose face is not visible. Length of words in solution: 3,4
Correct answers: 19
The first user who solved this task is Djordje Timotijevic.
#brainteasers #movie #film #cinemania
Register with your Google or Facebook Account and start collecting points.
User:
Check your ranking on list. Will you marry me...

There were these two elderly people living in a Florida mobile home park. He was a widower and she a widow. They had known one another for a number of years. Now, one evening there was a community supper in the big activity center. These two were at the same table, across from one another. As the meal went on, he made a few admiring glances at her and finally gathered up his courage to ask her, "Will you marry me?"

After a dramatic pause and precisely six seconds of 'careful consideration,' she answered. "Yes. Yes, I will."

The meal ended and with a few more pleasant exchanges and they went to their respective places.

He couldn't remember. Try as he would, he just could not recall. Not even a faint memory. With trepidation, he went to the telephone and called her.

First, he explained to her that he didn't remember as well as he used to. Then he reviewed the lovely evening past. As he gained a little more courage, he then inquired of her, "When I asked if you would marry me, did you say 'Yes' or did you say 'No'?"

He was delighted to hear her say, "Why, I said, 'Yes, yes I will' and I meant it with all my heart."

Then she continued, "And I am so glad that you called, because I couldn't remember who had asked me."