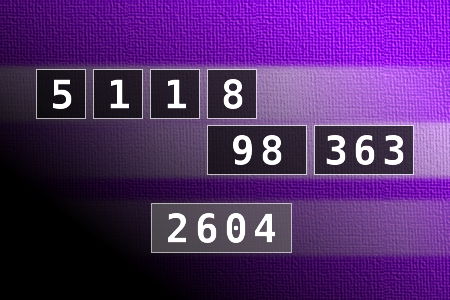 NUMBERMANIA: Calculate the number 2604 using numbers [5, 1, 1, 8, 98, 363] and basic arithmetic operations (+, -, *, /). Each of the numbers can be used only once.
Correct answers: 1
#brainteasers #math #numbermania
Register with your Google Account and start collecting points.
User:
Check your ranking on list. A blonde was driving home after a football game, and got caught in a really bad hailstorm. Her car was covered with dents, so the next day she took it to a repair shop. The shop owner saw that she was a blonde, so he decided to have some fun. He told her just to go home and blow into the tail pipe really hard, and all the dents would pop out. So, the blonde went home, got down on her hands and knees and started blowing into her car's tailpipe. Nothing happened. She blew a little harder, and still nothing happened.
Her roommate, another blonde, came home and said, "What are you doing?"
The first blonde told her how the repairman had instructed her to blow into the tailpipe in order to get all the dents to pop out. Her roommate rolled her eyes and said, ...
"HELLLLO" "You need to roll up the windows"
Jokes of the day - Daily updated jokes. New jokes every day.