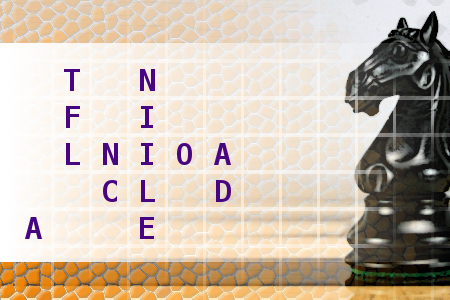 Find the title of novel, using the move of a chess knight. First letter is L. Length of words in solution: 2,12.
Correct answers: 24
The first user who solved this task is Thinh Ddh.
#brainteasers #wordpuzzles #chessknightmove
Register with your Google Account and start collecting points.
User:
Check your ranking on list. A saxophone player was contrac...

A saxophone player was contracted to do a recording session for a movie. Much to his delight, the soundtrack was pretty much a sax solo from beginning to end.
When the session was over the sax player asked the producer what film his music would be in. The producer admitted that it was an adult film and gave him the name of a theatre that would be showing the premiere.
At the premiere, the Saxophone soloist crept into the movie house, embarrassed, and sat in the back next to an elderly couple who were also trying to be anonymous. The movie was disgusting, ending with a scene involving a dog. The sax player finally had enough, and made his exit past the elderly couple, remarking, "I only came to hear the music."
The old lady replied, "We only came to see our dog!"
Jokes of the day - Daily updated jokes. New jokes every day.