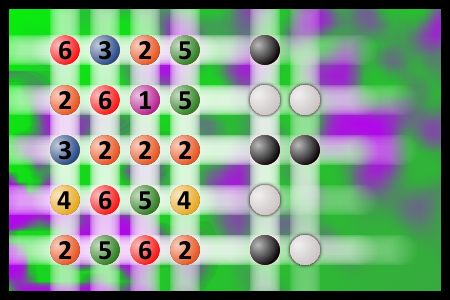 Find the right combination
Correct answers: 63
The first user who solved this task is Sanja Šabović.
#brainteasers #mastermind
Register with your Google Account and start collecting points.
User:
Check your ranking on list. Tickets to the theater

A young couple got married and went away on their honeymoon. After two weeks they came back and finally put away all of the presents they received from friends and family. Since this was a new home, the process took some time.

A week later, they received in the mail two tickets for a popular show where tickets were impossible to get. They were very excited and warmed by the gesture of the person who sent this. Inside the envelope, however, was only a small piece of paper with a single line, "Guess who sent them."

The pair had much fun trying to identify the donor, but failed in the effort. They went to the theatre, and had a wonderful time. On their return home late at night, still trying to guess the identity of the unknown host, they found the house stripped of every article of value.

And on the bare table in the dining room was a piece of paper on which was written in the same hand as the enclosure with the tickets: "Now you know!"