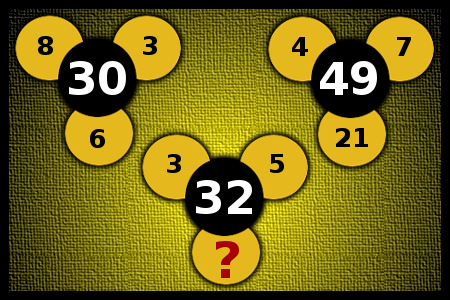 Which number should replace the question mark?
Correct answers: 721
The first user who solved this task is BrainTeasers Mozgalice.
#brainteasers #math #riddles
Register with your Google Account and start collecting points.
User:
Check your ranking on list.