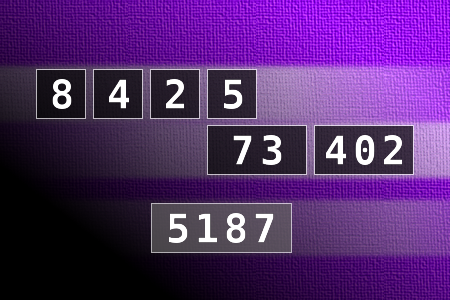 NUMBERMANIA: Calculate the number 5187 using numbers [8, 4, 2, 5, 73, 402] and basic arithmetic operations (+, -, *, /). Each of the numbers can be used only once.
Correct answers: 5
The first user who solved this task is Nasrin 24 T.
#brainteasers #math #numbermania
Register with your Google Account and start collecting points.
User:
Check your ranking on list. You've all heard of the Air Force's ultra-high-security, super-secret base in Nevada, known simply as "Area 51"?
Well, late one afternoon, the Air Force folks out at Area 51 were very surprised to see a Cessna landing at their "secret" base. They immediately impounded the aircraft and hauled the pilot into an interrogation room.
The pilot's story was that he took off from Las Vegas, got lost, and spotted the Base just as he was about to run out of fuel. The Air Force started a full FBI background check on the pilot and held him overnight during the investigation.
By the next day, they were finally convinced that the pilot really was lost and wasn't a spy. They gassed up his airplane, gave him a terrifying "you-did-not-see-a-base" briefing, complete with threats of spending the rest of his life in prison, told him Las Vegas was that-a-way on such-and-such a heading, and sent him on his way.
The next day, to the total disbelief of the Air Force, the same Cessna showed up again. Once again, the MP's surrounded the plane ... only this time there were two people in the plane.
The same pilot jumped out and said, "Do anything you want to me, but my wife is in the plane and you have to tell her where I was last night!"
Jokes of the day - Daily updated jokes. New jokes every day.