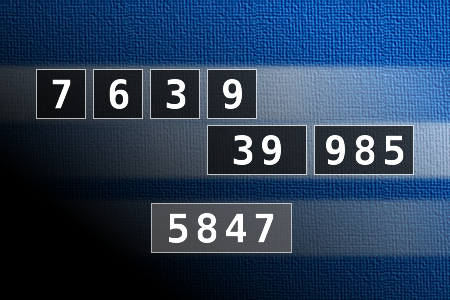 NUMBERMANIA: Calculate the number 5847 using numbers [7, 6, 3, 9, 39, 985] and basic arithmetic operations (+, -, *, /). Each of the numbers can be used only once.
Correct answers: 9
The first user who solved this task is Nasrin 24 T.
#brainteasers #math #numbermania
Register with your Google Account and start collecting points.
User:
Check your ranking on list. NASA was interviewing professionals they were planning on sending to Mars. The touchy part was that only one guy could go and it would be a one way trip, the guy would never return to Earth.

The interviewer asked the first applicant, an engineer, how much he wanted to be paid for going.

"One million dollars," the engineer answered. "And I want to donate it all to my alma mater -- Rice University."

The next applicant was a doctor, and the interviewer asked him the same question.

"Two millions dollars," the doctor said. "I want to give a million to my family and leave the other million for the advancement of medical research."

The last applicant was a lawyer. When asked how much money he wanted, he whispered in the interviewer's ear, "Three million dollars."

"Why so much more than the others?" the interviewer asked.